An estimated 100,000 children are abandoned per annum in China. The reasons for being abandoned by their families could range from the children’s physical disabilities to loss of parents as a result of unexpected incidents. These young and fragile lives are subjected to violence, disease, mal-nutrition and ignorance daily. LOHA, together with our partners, strives to protect the homeless children by giving them a saving and nurturing home.

Our programs focus on saving the most vulnerable children with pressing needs while aiming for the well-rounded development of all children in need. Working with local governments, local churches, local community partners and overseas enthusiastic individuals, we strive to make a lasting impact to improve these children’s lives.

Since our establishment in 2005, we have supported orphanages in China, and our efforts have spread to multiple locations throughout Asia. Currently, we are working with an orphanage located in Zhaoxian, Shijiazhuang, Hebei (“Zhaoxian Orphanage”), orphans in Wuxi through collaboration with another NGO in Hong Kong Starfish, and orphans in Pedong, India through Little Flower Children’s Home.

The Zhaoxian Orphanage is located in ZhaoXian, Shijiazhuang, Hebei, roughly four hours drive from Beijing. It began when locals started taking in several disadvantaged children, providing them with food, shelter and schooling. But as the number of such children increased, the orphanage was birthed officially in 2001.

Registered with Civil Affairs Department with qualification to arrange domestic adoption, the Zhaoxian orphanage is currently managed by a team who is mainly from the local faith community.

Today, over 60 children are staying at this orphanage; their ages range from newborn babies to 20 year-olds. The orphanage is run in a “family” style, such that the head and his wife are being regarded and called as father and mother of the home, while the children can grow up in the company of other “brother and sisters”. The goal is to foster the development of these children by providing love and a safe and warm environment almost like a big family that nurtures their growth into adulthood. We seek to provide them a place that they can truly regard as “home”.

We have also begun working with Little Flower Children’s Home, an already established home for the orphaned and poor children in Pedong, India.

Existing for more than thirty-four years, Little Flower Children’s Home initially began when founders Jonathan and Usha started to house children who were kicked out of their homes due to religion. Later, the vision developed and outreach expanded to include many more disadvantaged youth. Currently, there are 35 children from the age of five to the age of nineteen. We are proud to say the oldest one is pursuing his Bachelor degree in Science.

Orphaned children deserve to receive equal opportunities and the better things in life, and as such, the aim of LFCH is to send all children to an English speaking school and seek a holistic well-being. There is a huge emotional gap that manifests from the absence of biological parents, but LFCH is continually trying to create a home atmosphere grounded in unconditional love, dignity, and selflessness in an effort to fill that gap.

Collaboration to support orphans in Wuxi

We have collaborated with Starfish Charitable Foundation, another NGO in Hong Kong, to help save critically ill children from the government-run orphanage in Wuxi, Jiangsu province. Our goal was to upgrade the level of care that the government previously provided to the orphans by hiring more trained staff, as well as improving the children’s nutrition.

Medical issues that such orphans faced include congenital heart disease, Spina Bifida, cerebral Palsy, orthopedic needs, cleft lips and cleft palates. Often they needed to be nurtured/fed until they achieved a certain weight in order to undergo remedial operations. This phenomenon is especially common amongst children with cleft lips and palates.

Having proper care and nutrition also enhanced their recovery from surgeries. With such tender love and care, these healed children had a much higher probability of being adopted overseas, which was our ultimate goal for this collaborative project. 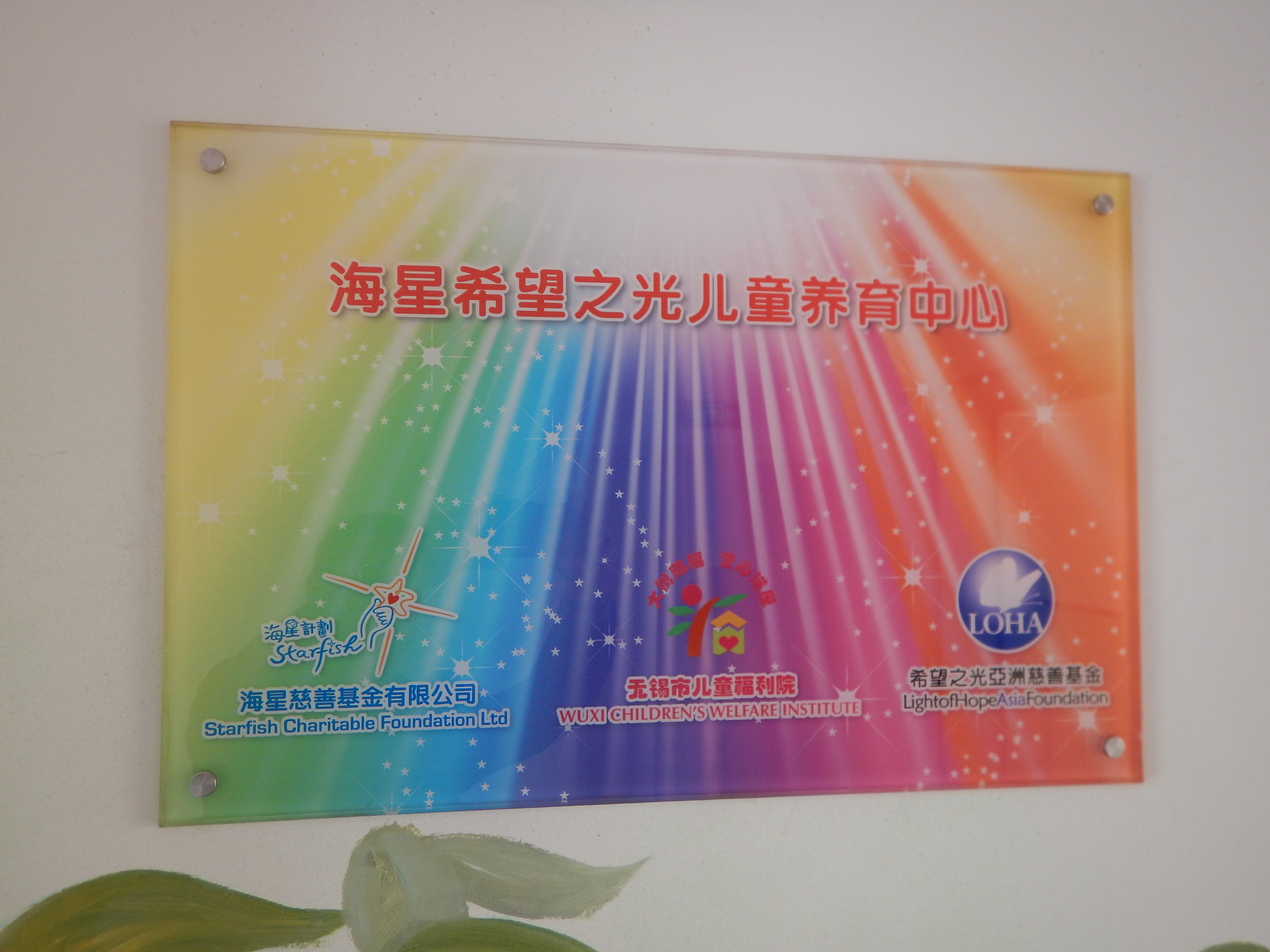